Little Audrey, in the schoolroom, is sent to the corner stool to memorize Mother Goose rhymes. She falls asleep and dreams that she gets a tour of Mother Goose Land by Mother Goose herself. Comic book criminals sneak into Mother Goose Land and attempt to steal the goose who lays golden eggs. Audrey captures them and then wakes up. Animation by G. Germanetti and Steve Muffatti, story by I. Klein, scenics by Anton Loeb, music by Winston Sharples. Produced in 1950.

That's enough for any cartoon, but there is plenty more, like the little Bo Peep incident, or when Audrey's little classmate Johnny recites Mother Goose. 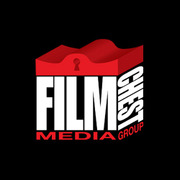